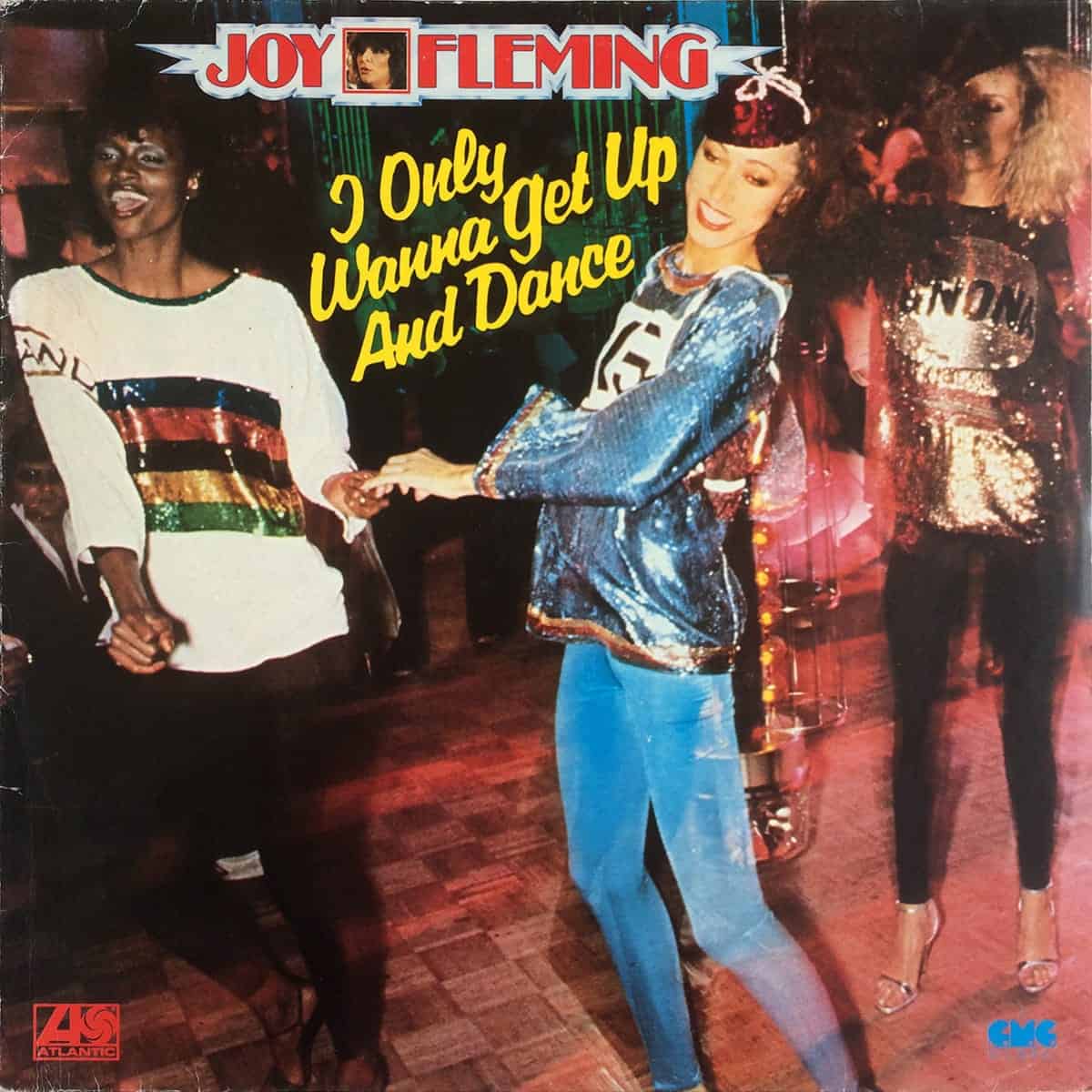 With the 15:05 minutes THE FINAL THING the German Soul queen from Mannheim finally entered 1978 also the Disco-Train. Superior collaborating with Donna Summer’s producer Pete Bellotte and Silver Convention’s Sylvester Levay. As usual in her Band are some genius European Jazz and studio musicians like Etienne Cap for example. The recording happened at the Munich Musicland Studios which was founded and established by no-one else than Giorgio Moroder.

This 106 BPM DJ-tool was also available as Atlantic ‎DISCO 12″ that comes in the typical generic label sleeve. The album front-cover shows matched a photo shot at New York’s Studio 54 and on the backside we can see the sadly recently past away JOY FLEMING in a proper sequined Disco outfit. 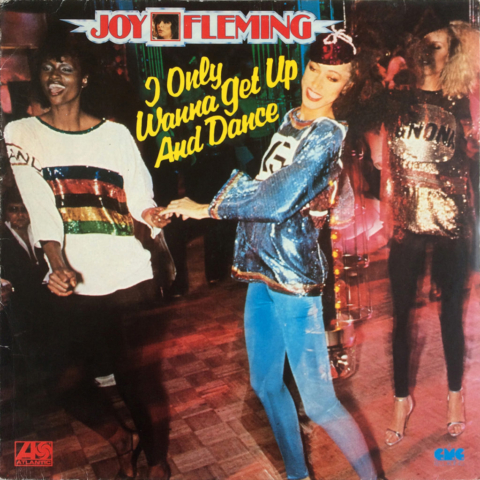 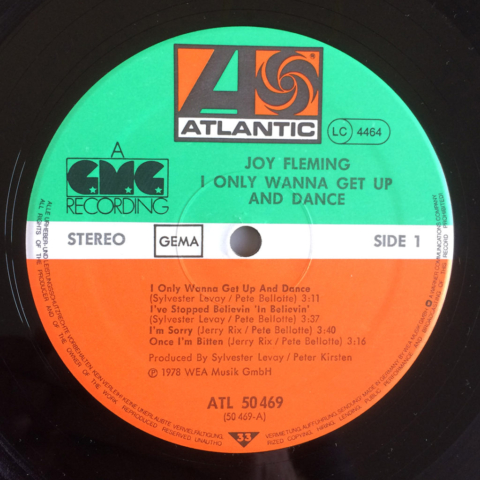 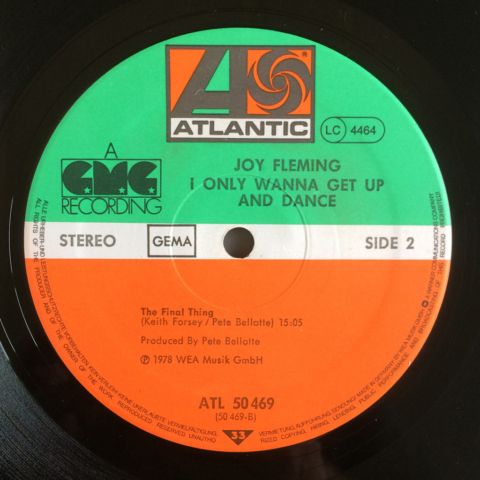 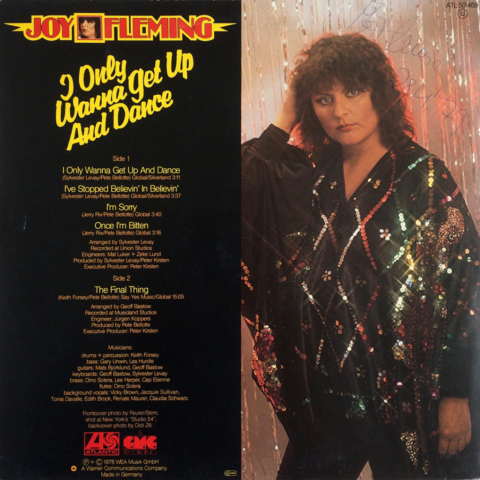