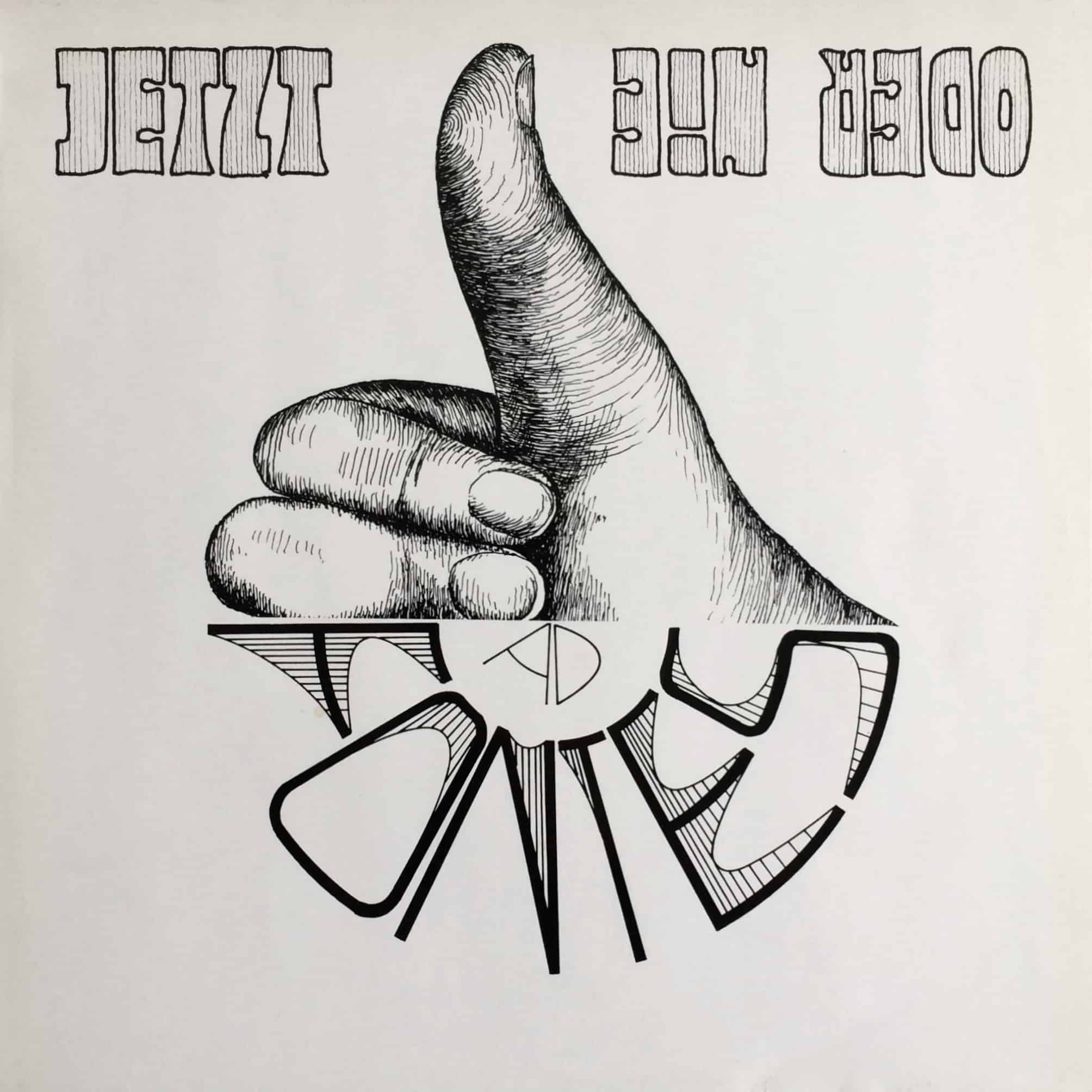 JETZT ODER NIE (now or never), the only one album by the band Ad Fontes. Private released and made with a lot of passion. I discovered it, as ever, because the cover artwork made me very curious. As usually for a private press record only printed in black and white but in this case with a great typographically idea. Thumbs-up for JETZT or thumbs-down for ODER NIE … it’s upon you to turn the cover in the for you fitting direction.

Ad Fontes was a band of young local musicians from Mainz. Some of them never stopped and still making music today. In 1985 they recorded this album at their own Phontec Homestudios where they had only a vintage Tascam four track recorder to disposal. What means that the vocal parts had to be added during the final mastering.

The album contains several nice and funky tunes with serious lyrics. Telling true local stories or contains critical messages. Exception the track MAINZER WELLE which was developed from the idea to make something funny for the last song on the album. A Rheinland-Pfalz-answer to the, at these times very popular, “Erbarme (die Hesse komme)” from Rodgau Monotones. And it was at the end this ironic performance that brought the most success. TV appearance, radio plays and further was there a radio show at the fresh RPR1 station that uses some bars for a jingle. What means that there was also little GEMA royalty because of this fun-track.